About the Library: History of Fraser Hall Library

Fraser Hall was built in 1955 to house the library (Geneseo’s original Milne Library) as well as the faculty offices and classrooms for the then-bourgeoning Department of Library Education (later the School of Library and Information Science).

The building was named for Bertha Paine Fraser, one of the first two women appointed to Geneseo Normal School’s Board of Visitors (the equivalent of today’s College Council). She served from 1917 to 1947.

In 1966, the new and much larger Milne Library was built to serve a college rapidly transforming from a teacher’s college to a liberal arts university.

Now, while that building undergoes a major renovation to better serve students in the 21st century, the Library finds itself once again in Fraser Hall. Because our collections have grown so much since the Library last occupied Fraser Hall, only half will fit in the stacks area; the other half is being stored in the former pool area of Schrader Hall.

Today’s Fraser Hall Library is a bright, open place where students can study together or alone, consult with research librarians, browse the TERC (Teacher Education Resource Center), read the local newspapers, check out course reserves, and pick up books requested from the closed stacks and/or interlibrary loan.

Follow our Virtual Timeline to learn more about how we arrived at Fraser Hall Library! 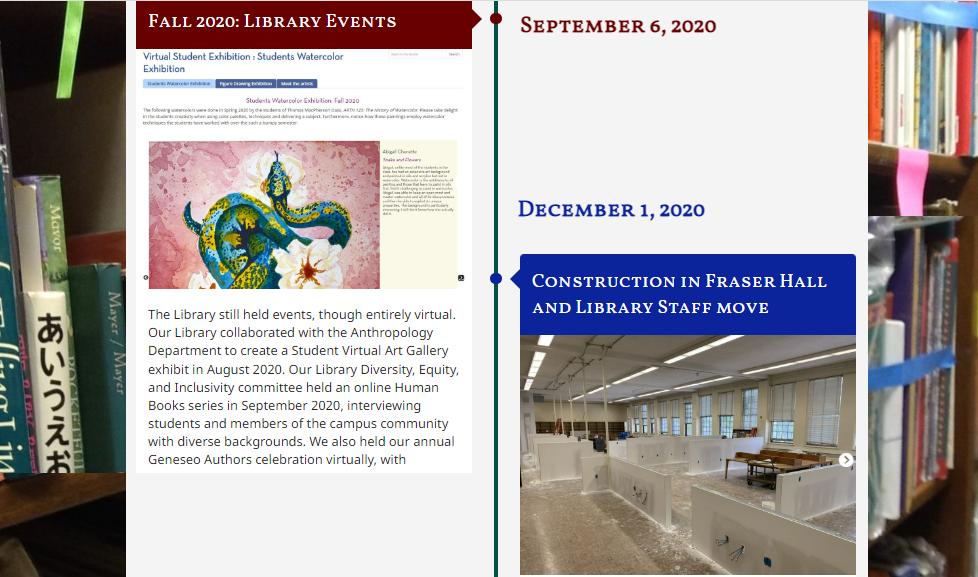 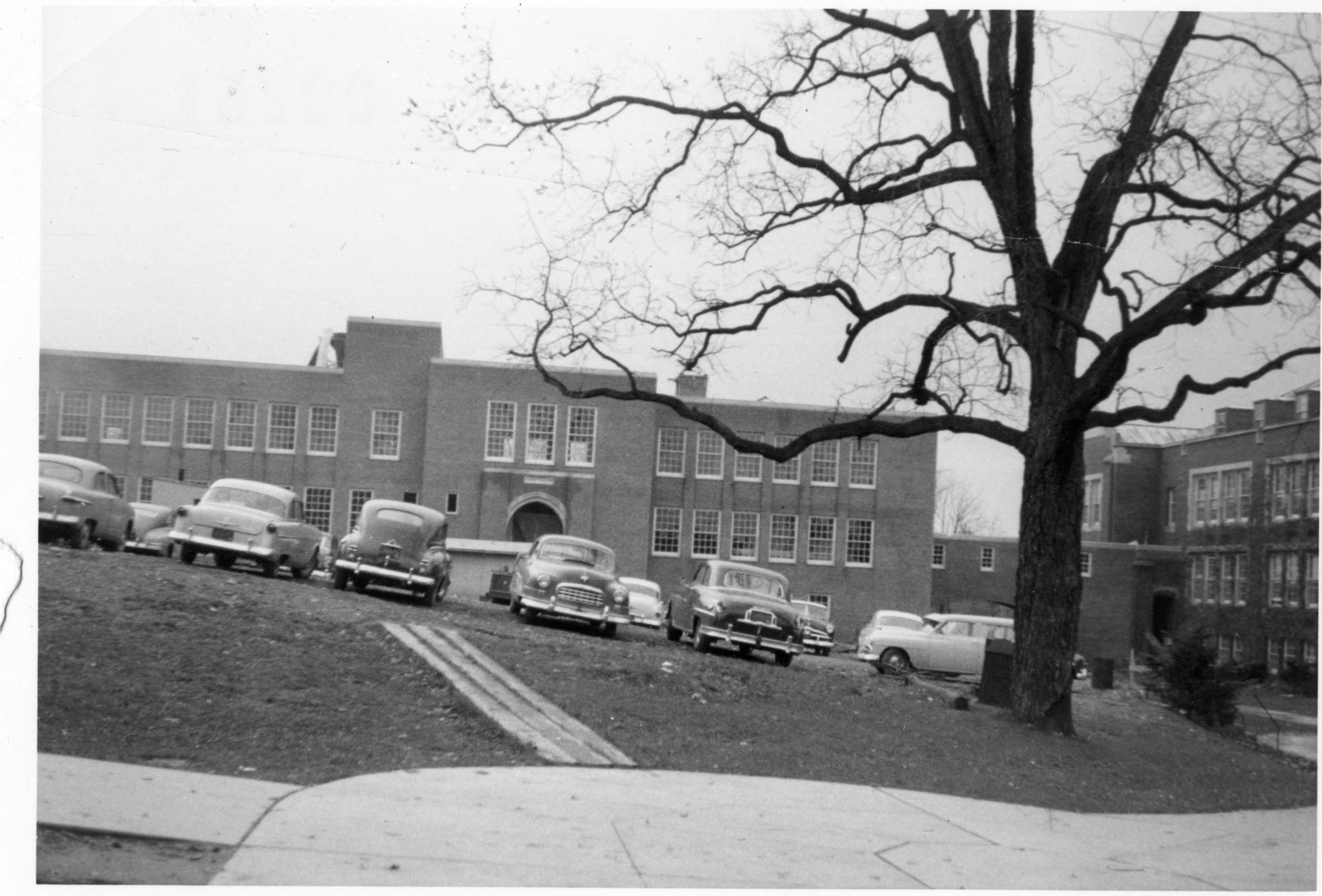 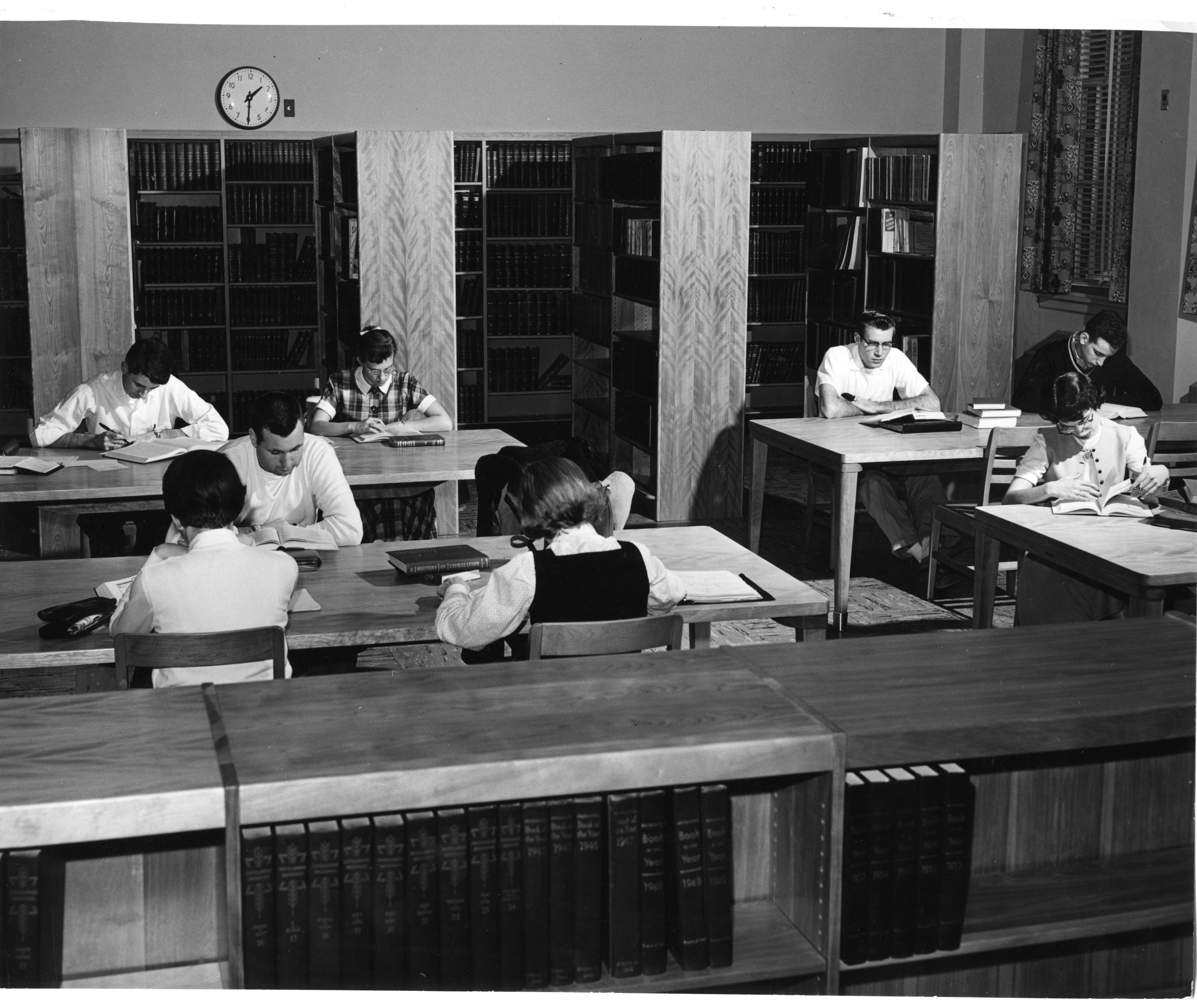 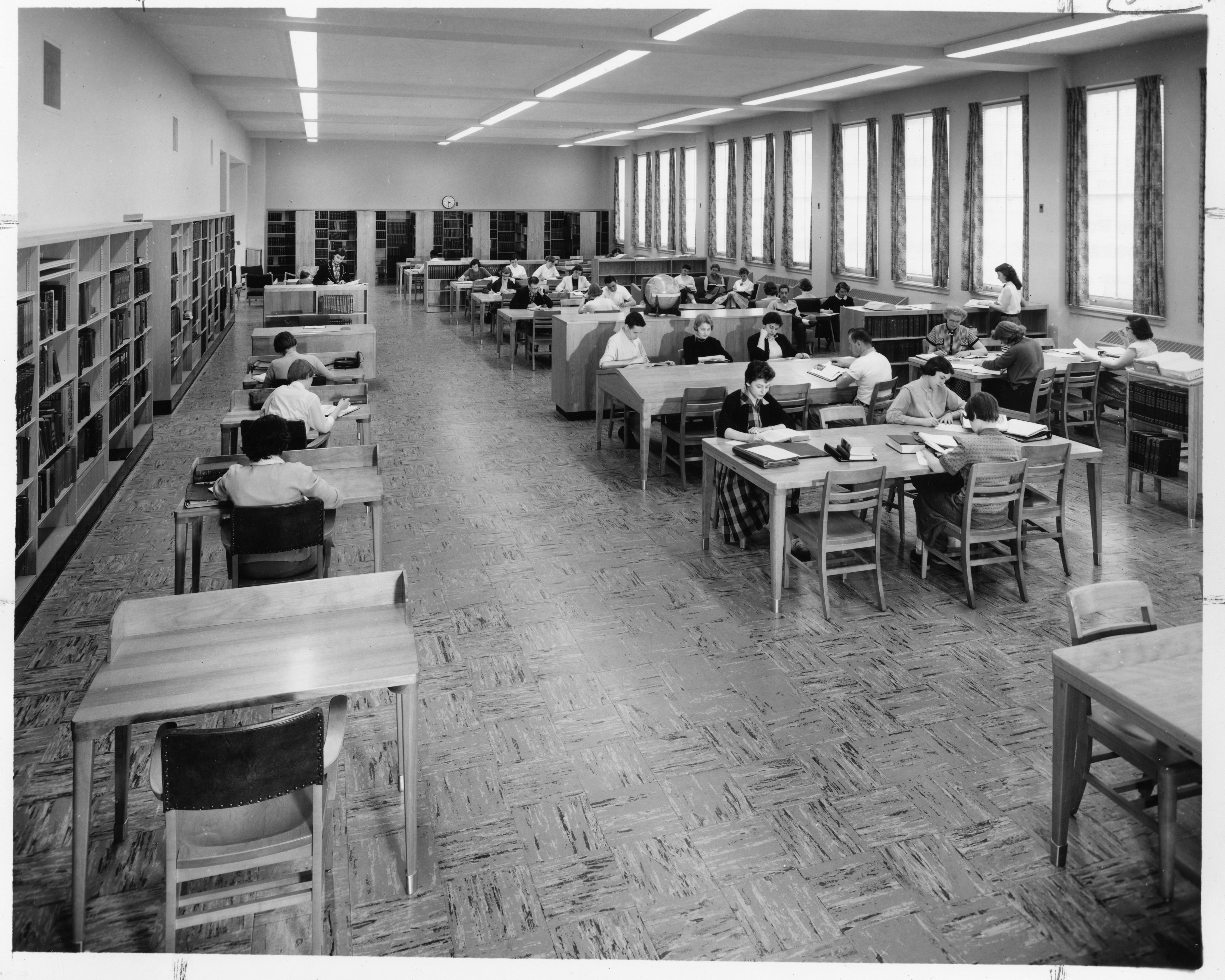 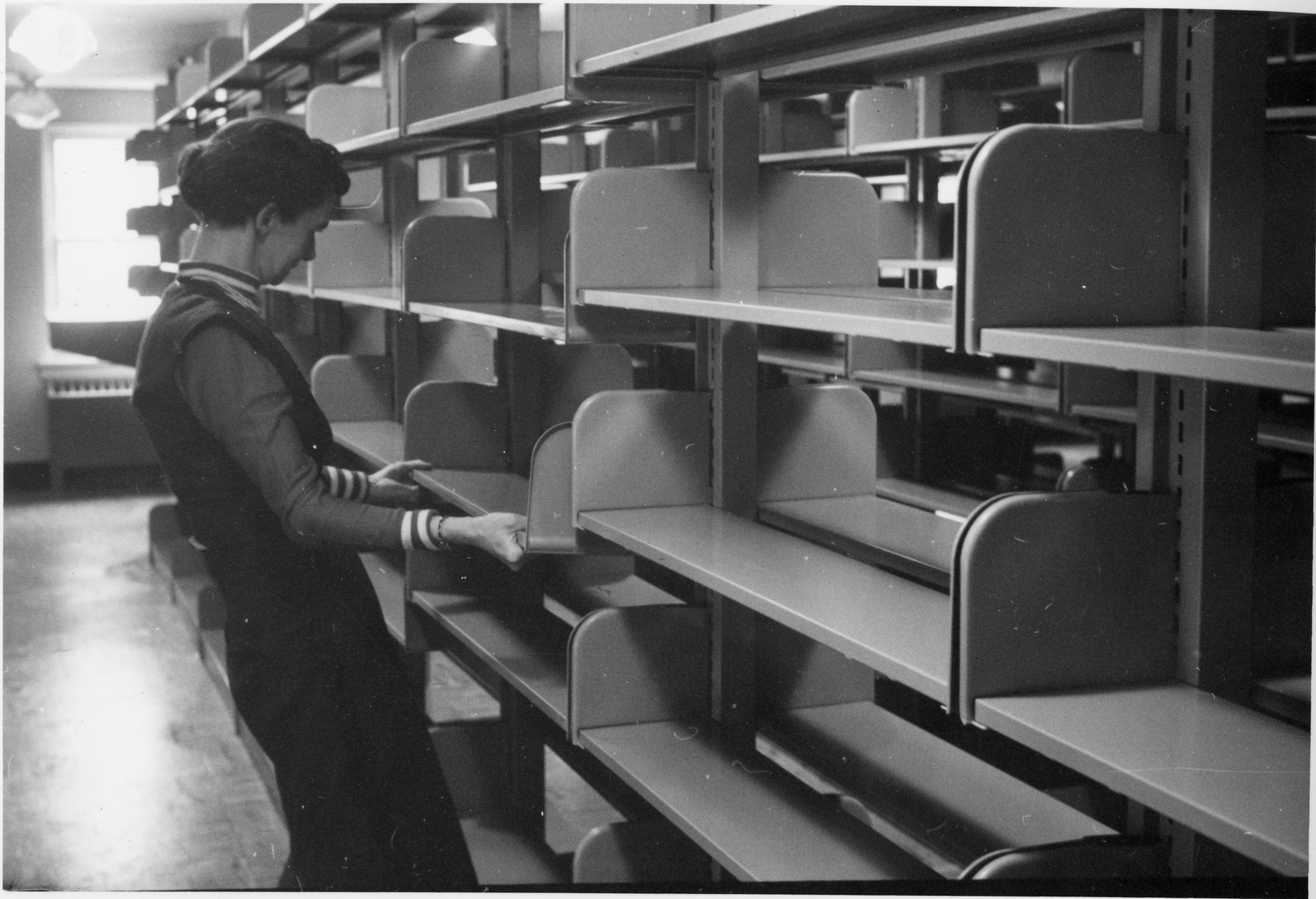 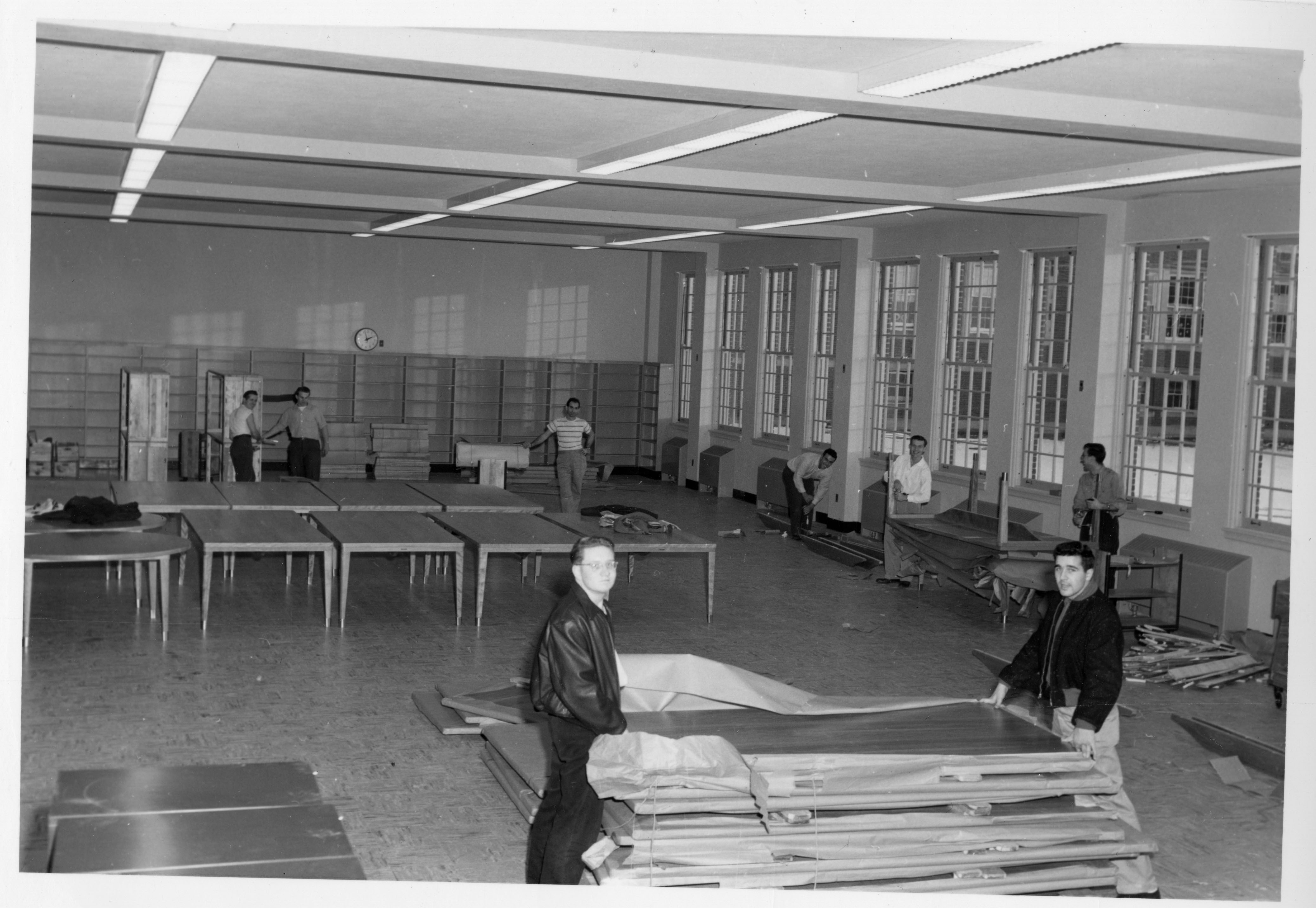 Construction of Fraser Hall Library (the first time) in 1955 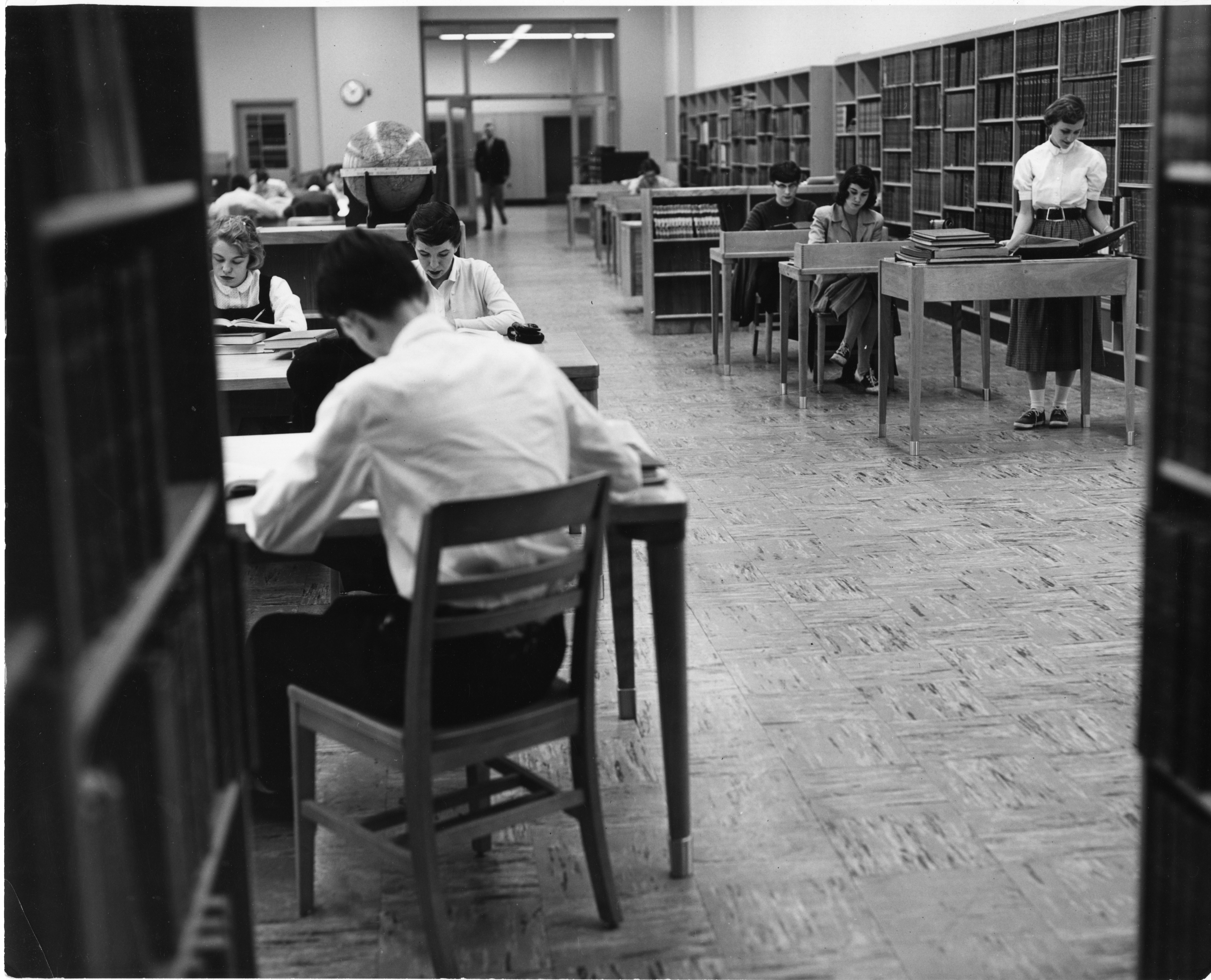 Fraser Hall Library looking towards the entrance, circa 1955